Durham Furniture has been a leading North American furniture manufacturer since 1899. Today the company has a network of more than 600 retail accounts throughout the United States and Canada. Using a combination of traditional construction techniques such as mortised joints and dovetailed drawers, and modern innovations such as a fully dust-proof finish, Durham’s solid wood furniture is designed to endure. 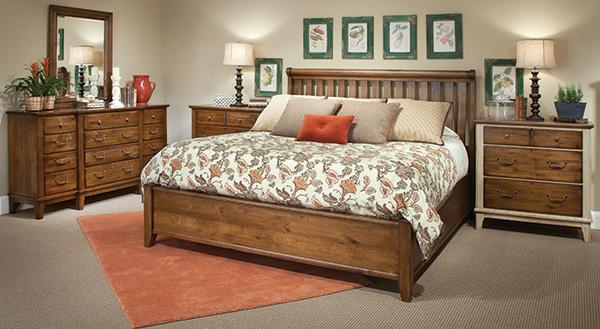 Durham has partnered with Mount Vernon to produce a comprehensive line of informal bedroom furniture. The first collection of bedroom pieces feature a distressed wood finish, and draws inspiration from the architectural elements of the Mansion and grounds at Mount Vernon, as well as pieces owned by George and Martha Washington and their descendants.

Three Coins Cast is a second generation family company that was formed in 1989. Their American-made cast aluminum product is welded, prepped, painted and hand finished at their facility in Newnan, Georgia. Three Coins Cast offers a wide array of outdoor casual furniture, statuary and garden accents that are designed with classic beauty, durability and function. Cast from aluminum, each piece is fully welded and constructed with reliability and longevity in mind. Three Coins Cast’s unique finishing process gives every piece the strength to withstand the harshest of elements without surrendering any of its character. During the finishing process, each piece is sanded, brushed and painted by hand. The entire Line is available in a variety of Finishes ranging from Antique to Bold Bright Colors. Three Coins Cast has made a niche for itself by offering custom colors and pieces, unique designs, and by providing unparalleled customer service. We are the unexpected in cast aluminum. 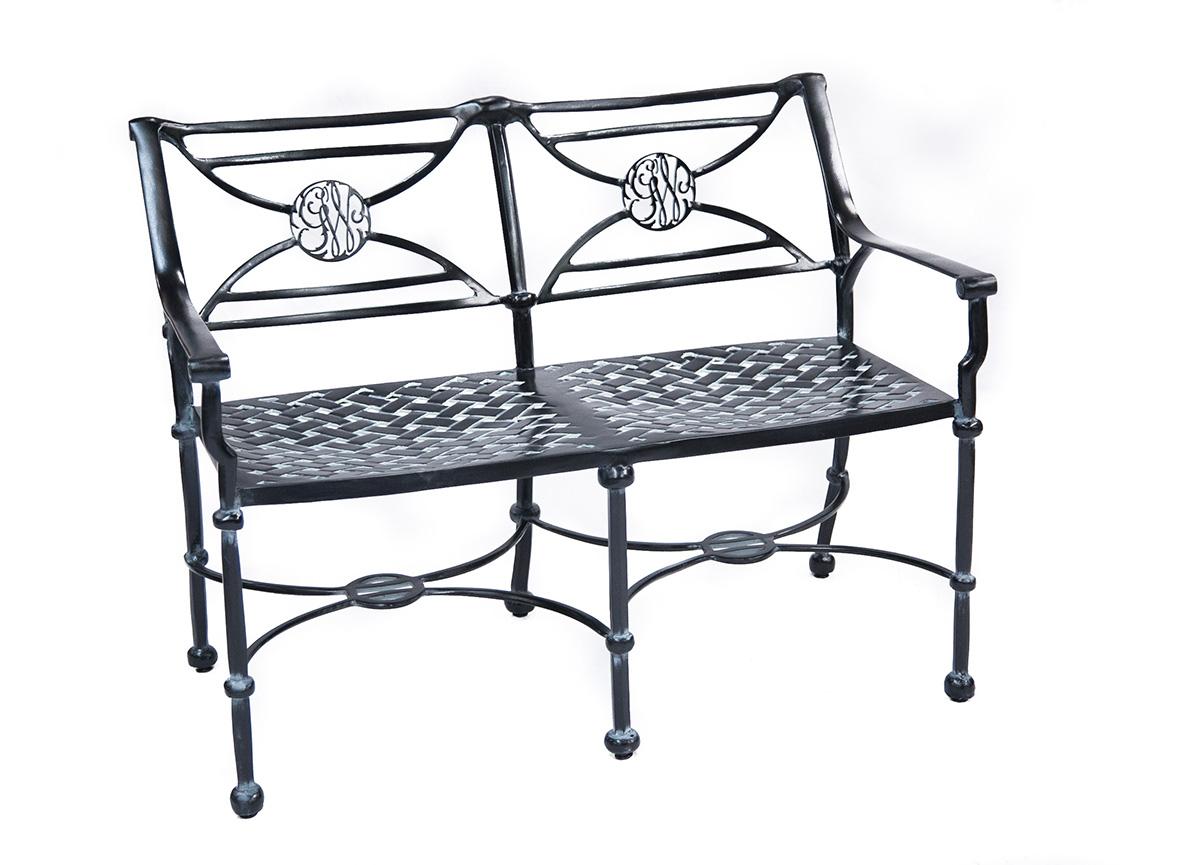 The first Mount Vernon collection is based on the Cypher from George Washington’s silver cap on his riding crop. Two sizes of planters are available. Small is 14''x14'' square and 15'' deep, Large is 17''x17'' and 18'' deep. Available through the Shops at Mount Vernon. Other new products forthcoming.

For decades, Chelsea House has brought warmth and beauty to homes with its extensive line of furniture, lighting, art, mirrors and decorative accessories.

Chelsea House believes that hospitality is still important, that nothing takes the place of hand-craftsmanship and that business is still best done among friends. Chelsea House is not about trends that are here today and gone tomorrow, but rather we are grounded in classic design with a fresh attitude for today’s living.

The Standard of Excellence in decorative lighting. A unique collection reflecting the talents of Far Eastern and European artisans combined with the creative efforts of American craftsmen. Authentic, time honored designs reproduced with meticulous attention to detail and color in the old world manner. Striking traditional and transitional creations blending techniques and materials of the past to meet the dictates of today's designs.

Mount Vernon and Wildwood Lamps have together created a collection of fine, decorative lamps inspired by George Washington and his home, Mount Vernon.

Friedman Brothers is the oldest and most prestigious manufacturer of handcrafted decorative wall art in the United States. The company has been family owned and operated for over 100 years, spending much of that history perfecting the art of decorative mirrors, sconces, cornices, brackets, consoles, and window treatments. The company was founded by two brothers who emigrated from England in 1903. They brought with them an outstanding talent for old-world elegant design and the skilled crafts of wood carving and finishing, with special emphasis on Old World gold leafing. Friedman Brothers products are found in some of the most prestigious locations around the World, including the halls of The Vatican and The White House.

Mount Vernon and Friedman Brothers have together created a collection of fine, decorative mirrors inspired by those found in the home of George Washington.

In their uncompromising search to find the highest quality paints available, Fine Paints of Europe focused on paints from the birthplace of the paint industry in Holland. These Dutch paints do not use water, extenders or other filler  to enrich their product; rather, they use pigments and oils that ensure an intensity of color and longevity of finish.

The Mount Vernon Estate of Colours carries on the wonderfully rich legacy of color of Mount Vernon, the beloved historic home of George and Martha Washington. Inspired by the past, these vivid and eloquent hues are as relevant today as they were in Washington's time.  Mount Vernon is pleased to partner with Fine Paints of Europe  to showcase these colors for American homes.

Harden Furniture, founded in 1844, is North America’s oldest manufacturer of residential and commercial furnishings. The company is located in McConnellsville, New York and is today owned and managed by the fifth generation of the founding Harden family. A family-owned and operated furniture company started in 1844; Harden Furniture has a legacy of fine furniture making deeply rooted in American craftsmanship, quality and tradition. 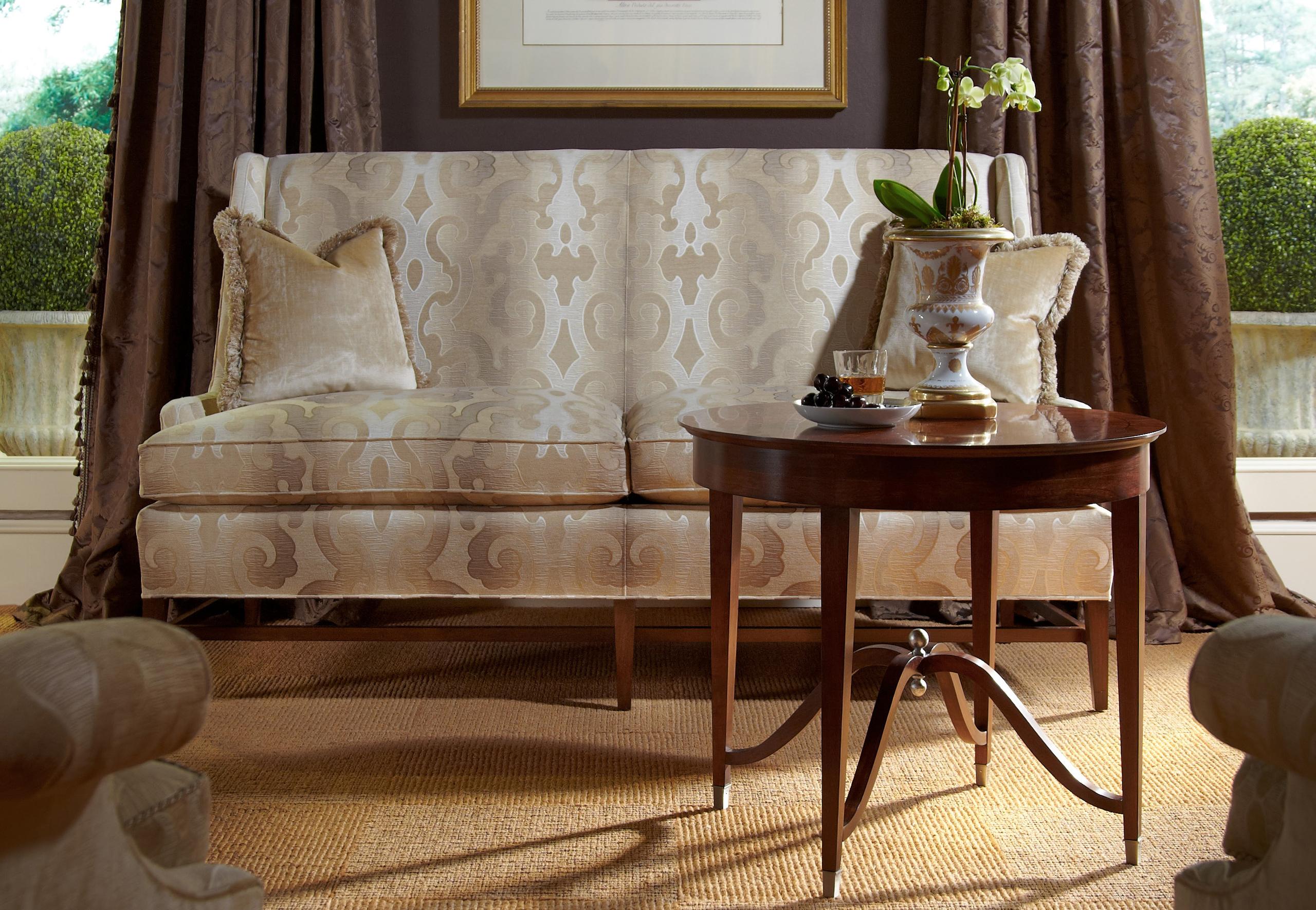 By designing top quality furnishings in solid wood, we strive to create the ultimate in comfort for your home and family. With certification from the Sustainable Forestry Initiative and the Sustainable Furnishings Council, Harden again testifies to its ongoing commitment to the environment. Owning more than 10,000 acres of managed woodlots, long-term sustainable forestry is the focal point of the company’s healthy status.

Established in 1880 by Achille Brunschwig, Brunschwig & Fils began as a tapestry-weaving mill in Aubusson, France. In the early 20th century, the firm expanded its collection to include printed and woven silks and cottons from the finest European mills. By 1925, under the direction of Achille’s son, Captain Roger Brunschwig, the company had opened showrooms in New York and other American cities.

When Roger's wife, Zelina, joined the firm as a successful interior designer and stylist, the company broadened its product base to include wallpapers and trimmings. Zelina also continued to enrich the company's extraordinary archive of antique textiles, wallpapers and trims, and collaborated with museums and restoration projects around the world to document and reproduce historic fabrics. Today, the firm offers more than 20,000 fabrics and 1,200 wallcoverings, ranging from fine documentary reproductions to striking contemporary designs.

In 1993, Brunschwig & Fils and Mount Vernon introduced The Mount Vernon Collection. The collection consists of fabrics and wallpapers based on the original furnishings and collections at Mount Vernon. Brunschwig’s products are available only through a decorator.