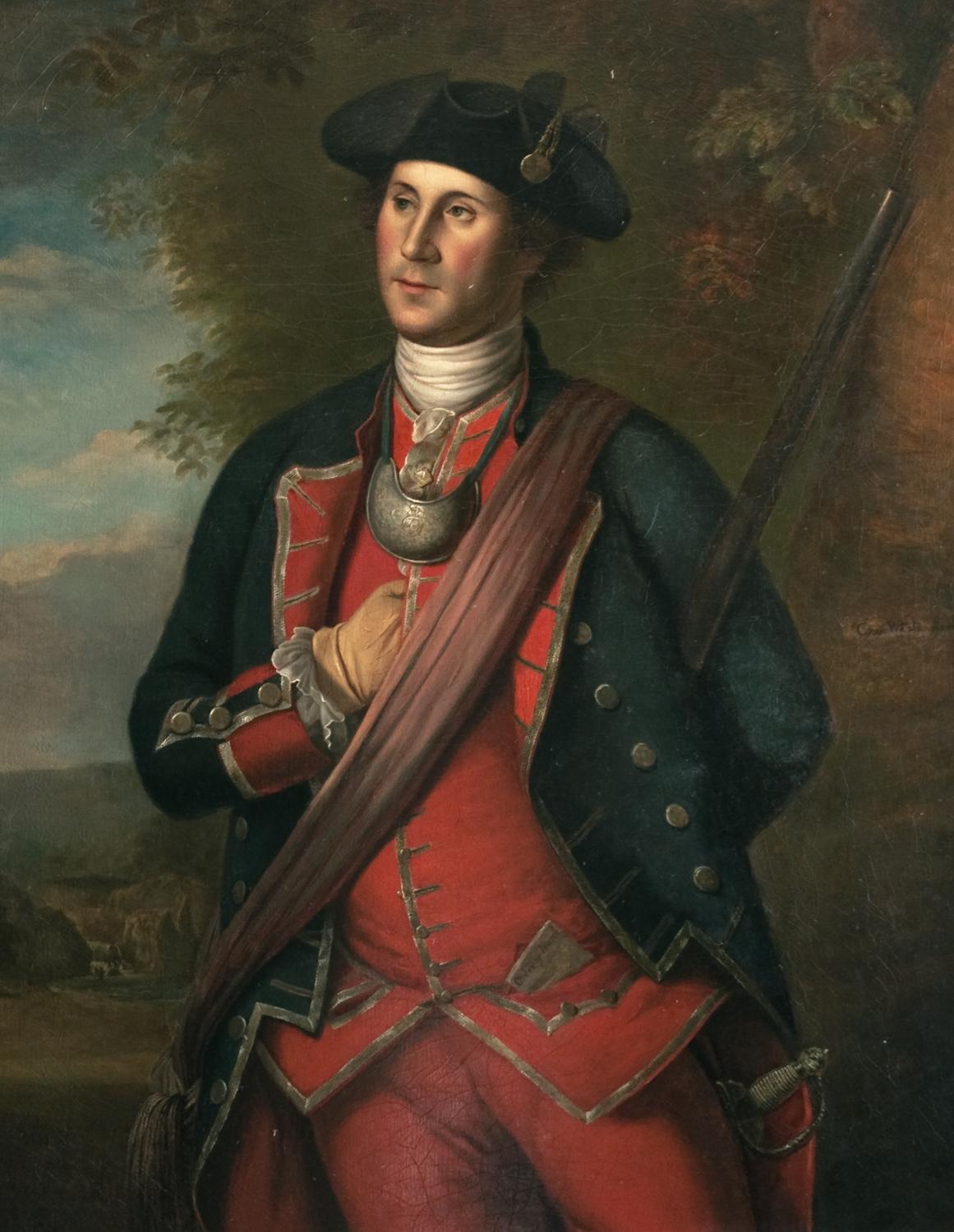 Today, we often think of Washington as an established statesman, leading a new nation. However, his political career began decades early in the Virginia House of Burgesses. The House of Burgesses was a democratically elected legislative body where each county in the colony sent two representatives. The majority of the House’s business was evaluating petitions from the public for specific interventions.1

In 1755, Washington ran for a seat in the House and was not elected. While he was fighting in the French and Indian War, Washington began testing the waters about a possible run. On May 28, 1755, he wrote to his brother John Augustine Washington and in the P.S., Washington inquired about a potentially open seat.

I shoud be glad if you coud come at Colo. Fairfax’s Intention’s, and let me know whether he purposes to offer himself as a Candadite; If he does not, I shoud be glad to take a pole, if I thought my chance tolerably good.2

In Winchester, Virginia, on December 10, 1755, some friends put Washington’s name forth as a candidate. It is unclear if Washington knew beforehand that his name was submitted. Voting took place by voice with the voter announcing to the crowd their vote. During this first election, Washington only received 40 votes. There were two other candidates; Hugh West received 271 votes and Thomas Swearingen got 270. Washington kept a copy of the poll sheet, which listed how each person voted, his entire life.3

Despite the loss, Washington decided to run again for the House of Burgesses. It seems that by November 1757, some already knew Washington’s intentions to run in Frederick County.4 This time, despite still not in the area, Washington had friends campaign for him. He also supplied drinks for those voting, which was a rather common occurrence during 18th-century elections. Additionally, a dinner was held for Washington’s friends.

Based on accounts settled after the election, Washington paid £39.6 for about:

Washington served Frederick County from 1758 to 1765. He then ran and was elected for Fairfax County from 1766 to 1776. While an active member of the House, Washington did not play a major role. He attended sessions and cast votes, but rarely spoke. In fact, historians know little about his time in the House of Burgesses.7

Committee of Propositions and Grievance

In February 1759, Washington traveled to Williamsburg to represent Fredrick County. He was placed on the Committee of Propositions and Grievance, one of only two key standing committees. The House also officially thanked him for his service in the Virginia Regiment.8

Washington presented two reports in November 1759 to the House of Burgesses. The first, on November 10, was about “A Petition of Daniel M’Neil”. While serving in the Virginia Regiment, M’Neil was injured during a skirmish. He was petitioning the House of Burgesses for retributions since he was no longer able to provide for his family. The House decided to pay M’Neil £10 immediately and £5 annually.9

Only four days later, on November 14, Washington delivered another report. This time in support of Christopher West. In February 1756, while serving in the Virginia Regiment, Native Americans took West prisoner. He petitioned to be paid for his time in captivity. The House agreed and West was paid £32.10

On May 15, 1769, Washington was appointed to the Religion Committee. This committee was charged “to take under their Consideration all Matters and Things relating to Religion and Morality, and all such as shall be from Time to Time referred to them, and report their Proceedings, with their Opinions thereupon in to the House: And the said Committee are to have Power to send for Person, Papers, and Records, for their Information.”11

While serving on the committee, Washington was assigned to work on bills to divide large Anglican parishes into smaller parishes. The committee also examined how vestrymen were elected.12

The last session of the House of Burgesses Washington attended was in May 1774. During the session burgesses called for a day of "fasting, Humiliation and prayer," to show support to those being punished by Parliament for the Boston Tea Party.13 British Governor Dunmore promptly dissolved the House of Burgesses and did not recall it until June 1775. However, on June 15, 1775, Washington was selected as the Commander in Chief of the Continental Army.14

While he lost more battles than he won, George Washington employed a winning strategy that included significant victories at the Battle of Trenton in 1776 and Yorktown in 1781.