As a young Virginia planter, Washington accepted slavery without apparent concern. But after the Revolutionary War, he began to feel burdened by his personal entanglement with slavery and uneasy about slavery’s effect on the nation. When he drafted his will at age 67, Washington included a provision that would free the 123 enslaved people he owned outright. 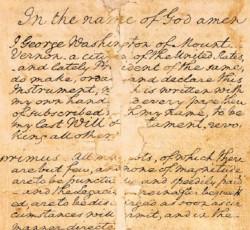 George Washington addressed the issue of slavery in his will, when he ordered that his slaves be freed at his wife’s death. This emancipation provision was a powerful public statement of Washington’s antislavery views. 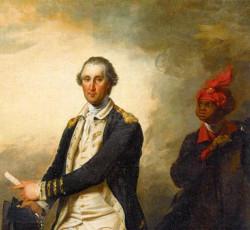 Washington's bold decision to free the enslaved people he could, marked the culmination of two decades of introspection and inner conflict, as his views on slavery changed gradually but dramatically.

After the American victory in the Revolution, George Washington repeatedly voiced opposition to slavery in personal correspondence. He privately noted his support for a gradual, legislative end to slavery, but as a public figure, he did not make abolition a cause.

When considering George Washington's changes ideas toward slavery and the role he played as a slaveowner, it is helpful to consider the context of his 18th-century culture.

Timeline of Slavery during Washington's Life

This chronology highlights key events in the lives of people enslaved at Mount Vernon as well as George Washington's public and private actions relating to slavery. Both are set in context with landmark moments in the history of the United States. 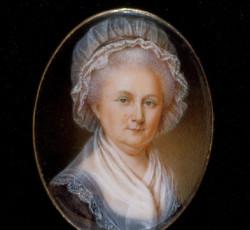 Martha Washington as a Slaveowner

Few of Martha Washington’s letters survive, so her feelings often remain elusive. Still, her actions suggest she did not question slavery as George Washington did.

The story of slavery at Mount Vernon is complex and painful. But it is also a story of strength, humanity, and hope.

George and Martha Washington's lives depended on the labor of Mount Vernon's enslaved community. They relied on enslaved butlers, cooks, waiters, and housemaids. There were also many enslaved men and women trained in specific trades. However, the majority of enslaved laborers at Mount Vernon performed agricultural work on the estate’s four outlying farms.