On March 11, 1776, from his headquarters in Cambridge, Massachusetts, Washington issued a General Order directing Colonels and Commanding Officers of regiments of the Continental Army to select four men from each regiment who would form his personal guard.

The Library of Congress owns numerous letters sent between George Washington, Caleb Gibbs, and others. 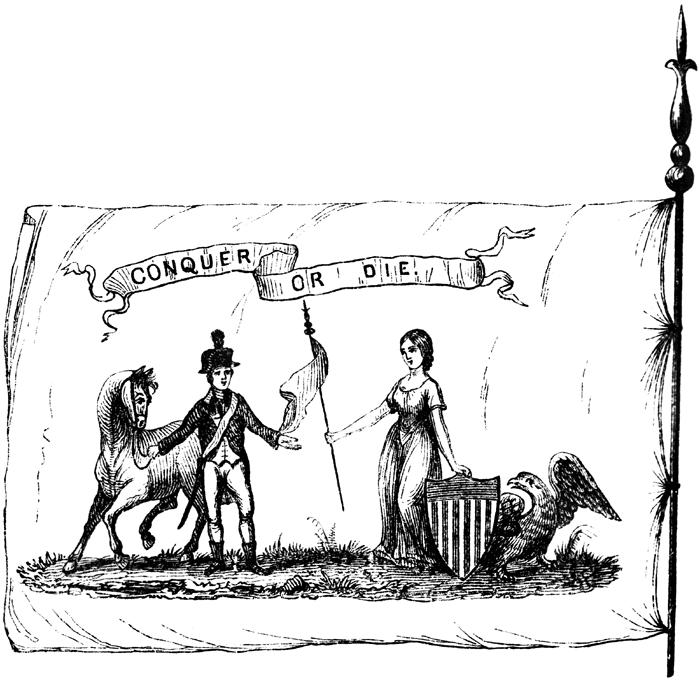 Appointed the commander of the Commander-in-Chief’s Guard on March 12, 1776, Caleb Gibbs served as both the head of headquarters security and chief steward of George Washington’s military household for nearly five years during the War for Independence. Before retiring as Commander-in-Chief of the Continental Army, George Washington attested that Gibbs, “on all occasions …behaved with propriety & honor that he several times performed the duty of a temporary Aid with fidelity and intelligence – and that having been present at the various skirmishes & actions he always conducted himself as a brave & discreet officer.”1

The third child of Robert & Sarah Gibbs, Caleb was baptized on September 25, 1748, at the Second Congregational Church in Newport, Rhode Island.2  By 1769, he had moved to Marblehead, Massachusetts and became acquainted with local patriot leader John Glover. After turning “out a Volunteer at the Battle of Lexington,” Gibbs was appointed Adjutant of Glover’s regiment on April 24, 1775, with the rank of lieutenant.3 As the British Army prepared to evacuate Boston in March of 1776, General Washington recognized the shift in the war and saw a need to establish a guard “for himself and [his] Baggage” in the General Orders of March 11.4

Washington was impressed with Caleb Gibb’s supervisory function in one of the best disciplined units in the Continental Army, and selected the New Englander to command the guards the following day with the rank of captain. The young officer was initially tasked with coordinating the security of the headquarters of the Commander-in-Chief, but quickly and ably took on the supervision of its daily operations.5

Moreover, Gibbs would command detachments for special combat missions at various times during the war.6  For the 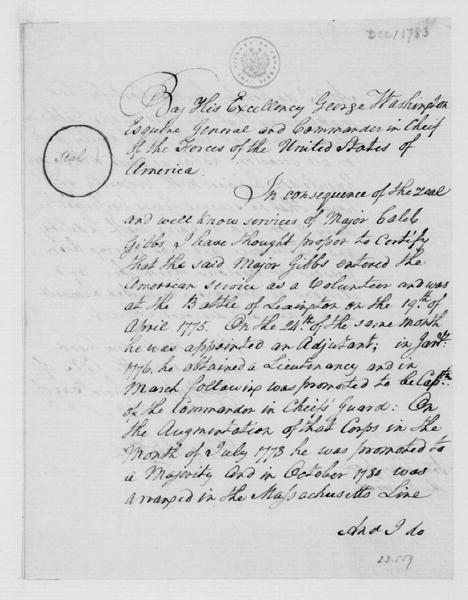 commendable execution of his duties, Gibbs was promoted to the rank of major on July 29, 1778.7 Despite a dust-up in 1779,8 George Washington thought well of the “good-natured” Yankee and publicly thanked him in general orders for “his Conduct while in the command of his Corps of Guards” when Gibbs transferred to the 2nd Massachusetts Regiment in the spring of 1781.9

Gibbs was wounded in the ankle at the Battle of Yorktown10, but remained on active duty with Henry Jackson’s Continental Regiment until mid-1784.11  In 1798 during the Quasi-War crisis with France, Gibbs’ name was put forward by George Washington to command one of the Massachusetts regiments in the Provisional Army. However, this idea was rejected by several members of Congress. Washington protested and cited his service “through the whole Revolutionary war” and lamentably concluded that a “Veto of a Member of Congress…was more respected; & Sufficient to set [Gibbs] aside.”12

After the war, Caleb Gibbs settled in Boston in 1785, where he married, began a family, and struggled to establish himself in private business.13  After several appeals to President Washington for government employ,14 he was appointed first as a clerk at the Boston Navy Yard in 1794 and then superintendent in 1812.15 Caleb Gibbs passed away on November 6, 1818.16