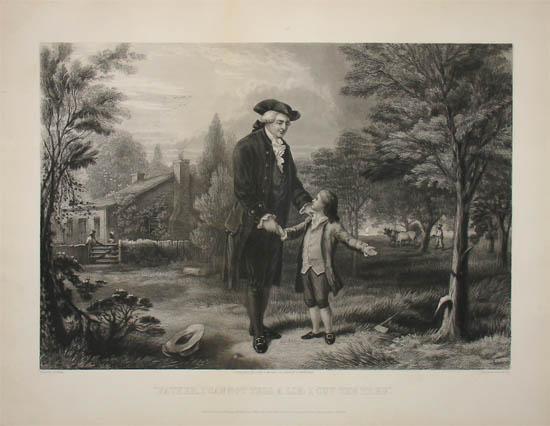 Ferry Farm is the setting for much of the existing mythology of George Washington's childhood derived from Parson Mason Locke Weems' Life of Washington. The book was first published in 1800, and it proved so popular that new editions appeared regularly for many years. Weems relied on unverified anecdotes as his sources, and there is no evidence in the historical record for many of his stories. One of the most famous and enduring myths is of Washington chopping down a cherry tree at Ferry Farm.1 It was also at the farm that George Washington is supposed to have tossed a silver dollar across the Rappahannock River.

Augustine and Mary Ball Washington moved their family to the 280-acre farm in 1738. A few years later, Augustine rented an adjoining 300 acre tract. The farm was conveniently located near the Little Falls Run property that Mary Washington had inherited from her father, as well as Augustine Washington's iron works located at Accokeek Creek.2 Primarily involved in growing tobacco, corn, and wheat, Augustine sought to diversify his income through wool production and iron manufacturing. However, neither endeavor was particularly successful.3 A ferry ran between the Washington property and Fredericksburg, situated on the opposite bank of the Rappahannock River. However, the ferry was never operated by the Washington family.4

A dwelling already stood on the site when the Washingtons took possession of the property. The one-and-one-half story frame building had four rooms below with a central hall, four rooms above, and a sixteen-by-sixteen foot cellar. The foundation, stone-lined cellars, and two root cellars of the Washington home were located in 2008, and archaeological excavations are ongoing. The evidence revealed that the house was a clapboard-covered wooden structure of one-and-one-half stories with two end chimneys. 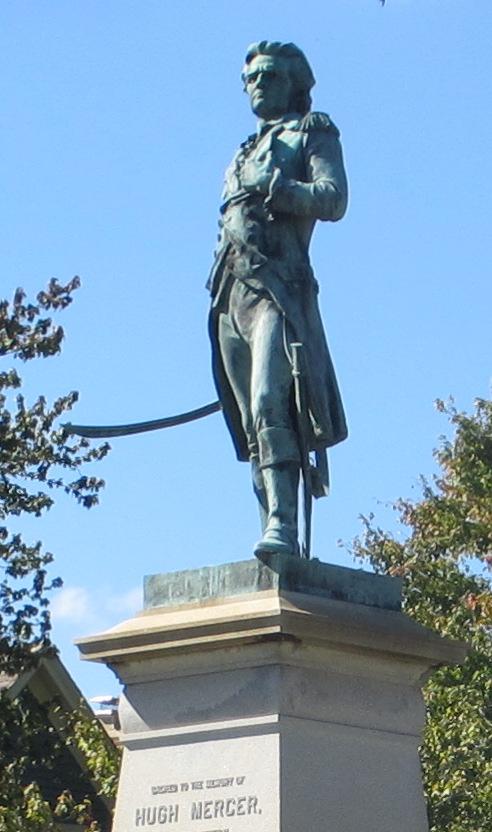 Archaeologists also found evidence of a fire that damaged the dwelling in December of 1740, but it appears to have been to a small portion of the house, and the Washington family soon resumed living there afterwards. Excavators also found the remains of a kitchen and slave quarters, as well as numerous eighteenth-century artifacts.5

Augustine Washington died in 1743 at the age of forty-nine, just five years after the family had moved to Ferry Farm. George Washington inherited the farm, but it remained under his mother’s care until he was twenty-one years old.6 It was at Ferry Farm that Washington learned the principles of agriculture, a passion that would endure throughout his life. Washington spent much of his time away from Ferry Farm once he began surveying work at the age of sixteen. The farm remained Washington’s principal residence until he moved to Mount Vernon in 1754 after his brother Lawrence's death.

Mary Washington continued to live at Ferry Farm until 1772 when George Washington bought her a house in Fredericksburg. In 1774, Washington sold the 600 acre farm for two thousand pounds to Hugh Mercer, a Scottish immigrant and physician who served as a brigadier general in the Revolutionary forces.7

4. Ibid., 5788.  The farm, known as Washington Farm or Home Farm during the family's tenure, acquired the name Ferry Farm at some point in the nineteenth century. George Washington purchased the 300 acres his father had rented sometime before 1774.

Bibliography:
Ferling, John E. The First of Men: A Life of George Washington. Knoxville: The University of Tennessee Press, 1988.