George Washington's first expedition to remove the French for Fort Duquesne resulted in a skirmish near what is now known as Jumonville Glenn.

The initial English efforts to encourage French evacuation of the Ohio Valley encouraged the French to construct Fort Duquesne.

The outline of Fort Duquesne can be visited to this day at Point State Park.

Constructed by the French in 1754 at the heart of the Ohio River Valley, Fort Duquesne was an important landmark during the Seven Years’ War (1756-1763).  Because of its strategic location on the land where the Allegheny and Monongahela Rivers meet to form the Ohio River, the British made several attempts to take the fort from the French and gain control of the Ohio Country.  In 1758, an expedition led by General John Forbes finally succeeded in capturing Fort Duquesne, and Fort Pitt was established by the British on the site.

After several generations of imperial rivalry, the construction of Fort Duquesne triggered the French and Indian War between the British and French in 1754.  Despite the fort’s small size, poor construction, and underwhelming force, its power was in its location.  The French were able to prevent British expansion into the Ohio Country by positioning the fort at the intersection of the Allegheny, Monongahela, and Ohio Rivers.  The location gave the French the opportunity to trade with Native American groups in the Ohio Country and deter the growth of British trade and settlement in North America.

In spring 1754, Major George Washington led an expedition of 300 Virginians toward Fort Duquesne to force the French to abandon the site.  In May, Washington’s men, along with the Seneca tribe led by Tanacharison (also known as the Half King), found a campsite of about thirty Frenchmen and their commander, Joseph Coulon de Villiers de Jumonville.  They ambushed the French, and the battle ended with one Virginian and fourteen Frenchmen dead, including Jumonville. 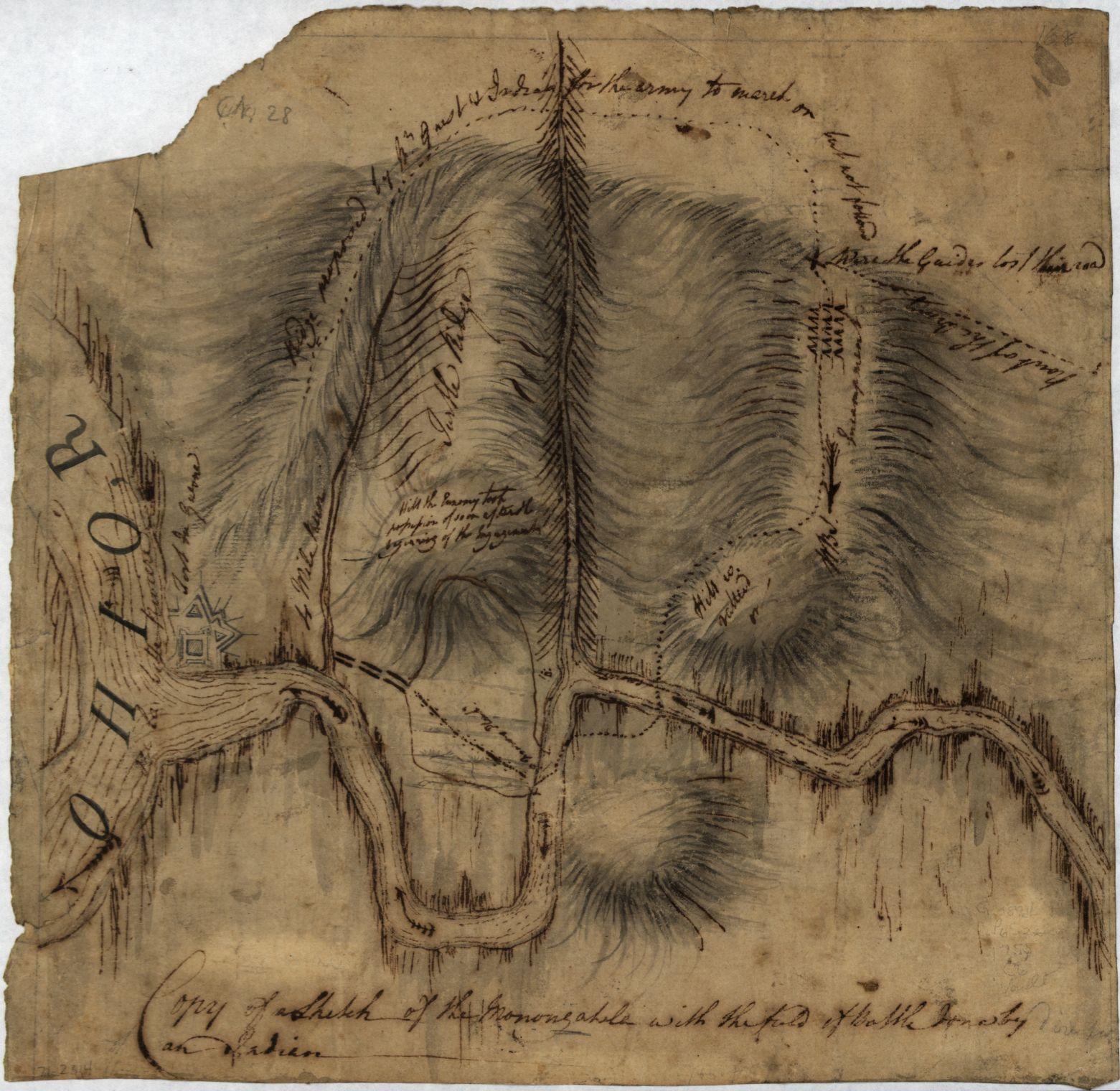 With the hope of, again, trying to halt French expansion, the British led a series of expeditions to Fort Duquesne between 1755 and 1758, starting with a disastrous mission commanded by General Edward Braddock, which is known today as “Braddock’s Defeat.”  The general arrived in Virginia in February 1755, with a plan to take control of Fort Duquesne already forming.  With the aid of Lieutenant Colonel George Washington, who was still serving as a provincial officer, Braddock led 1400 men towards his target in June 1755.  When they were about ten miles from Fort Duquesne, an army of 900 Frenchmen, Canadians, and Native Americans attacked Braddock and his men, who were unaccustomed to American frontier warfare.  The massacre ended with 977 British killed or wounded, including Braddock.  The French and their Indian allies, on the other hand, had only 39 casualties.  Despite Britain’s monumental losses, Washington valiantly evacuated the remaining British forces and was the only surviving officer.  He earned the title “Hero of the Monongahela” and a promotion to colonel of the entirety of Virginia’s forces.

In fall 1758, General John Forbes led the final British expedition to Fort Duquesne.  Forbes had approximately 6,000 men under his command, including Washington and members of the Cherokee and Catawba tribes.  In order to cut travel time on Braddock’s previously established road, Forbes decided to construct a new road that would take him and his men directly west to Fort Duquesne.  Washington did not support Forbes’ decision and spoke outwardly about it to Forbes’ second in command, Lieutenant Colonel Henry Bouquet.  The plan continued forward, despite Washington’s objections.

Forbes was able to strategize an effective attack after gaining information from a common French prisoner.  The general learned that only 200 French regulars occupied the fort and suffered from low morale and a limited food supply.  Additionally, the walls of Fort Duquesne were only six feet thick, meaning that the British cannons could be used for the attack.  With that, Forbes and his men began their final move on Fort Duquesne in November 1758.  It was a perilous journey for the three brigades, the third of which was led by Washington.  On November 24, the night before the British planned to take the fort, Forbes received word from his Native American scouts that the French had abandoned Fort Duquesne and destroyed it.  One report by Bouquet stated that the scout “had discovered a very thick smoak from the Front extending in the bottom along the Ohio” and “sent word that the Enemies had abandoned their Fort after having burnt everything.”1  To this, Forbes responded, “I will sleep in Fort Duquesne or in hell tonight.”2  Forbes and the British troops were then able to claim the land where the fort once stood.

The Forbes’ Expedition was Washington’s final campaign serving the British Army before his retirement.  Plans soon began for the construction of a new fort 1,000 feet upstream from the location of Fort Duquesne along the Monongahela River.  Fort Pitt, as it came to be known, was ten times the size of Fort Duquesne.  Completed in 1761, the fort stood throughout the American Revolution.  Today, the sites of both Fort Duquesne and Fort Pitt can be visited at Point State Park in Pittsburgh, Pennsylvania.  The outline of where Fort Duquesne once stood has been laid in bricks.

2. Forbes quoted in Douglas R. Cubbison, The British Defeat of the French in Pennsylvania, 1758: A Military History of the Forbes Campaign Against Fort Duquesne (Jefferson: McFarland & Company, Inc., Publishers, 2010), 172.

Cubbison, Douglas R. The British Defeat of the French in Pennsylvania, 1758: A Military History of the Forbes Campaign Against Fort Duquesne. Jefferson: McFarland & Company, Inc., Publishers, 2010.