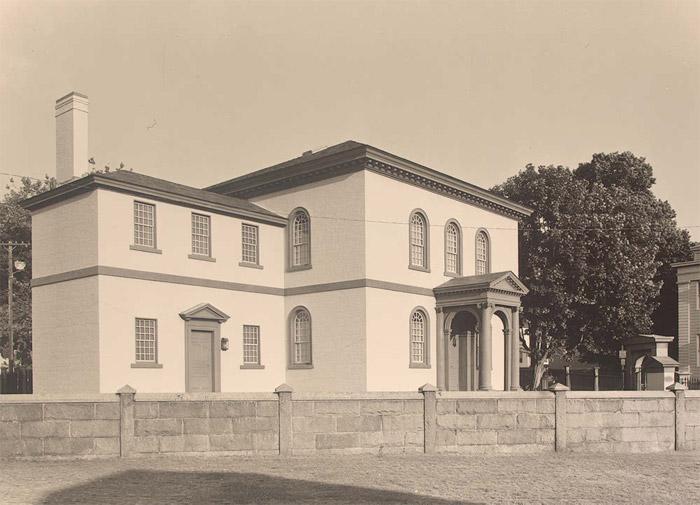 On August 18, 1790, congregants of the Touro Synagogue of Newport, Rhode Island, warmly welcomed George Washington to both their place of worship and their city. Washington’s letter of response to the synagogue, delivered on the same day, has become famous for reinforcing the ideal of religious liberty in American life. Washington promised the synagogue more than mere religious tolerance, explaining that "It is now no more that toleration is spoken of as if it were the indulgence of one class of people that another enjoyed the exercise of their inherent natural rights." The letter continued with the promise that "the Government of the United States, which gives to bigotry no sanction, to persecution no assistance, requires only that they who live under its protection should demean themselves as good citizens in giving it on all occasions their effectual support."1

Washington asserted that every religious community in the United States would enjoy freedom of worship without fear of interference by the government. Washington had already developed a strong reputation for upholding ideals of religious liberty before writing the Touro letter. As a result, his commitment to freedom of practice prompted other religious communities to seek his affirmation. In May 1790, for example, a Jewish congregation in Savannah, Georgia, wrote to Washington with strong praise: "Your unexampled liberality and extensive philanthropy have dispelled that cloud of bigotry and superstition which has long, as a veil, shaded religion . . . enfranchised us with all the priveleges and immunities of free citizens, and initiated us into the grand mass of legislative mechanism."2

Jewish leaders in New York, inspired by Savannah's initiative, sent a letter to Philadelphia, Richmond, Virginia, Charleston, South Carolina and Newport, Rhode Island in late June 1790, attempting to organize a joint letter to send to Washington. Moses Seixas, a prominent leader of the Newport Jewish community, responded: "as we are so small in number, it would be treating the Legislature and other large Bodies in this State, with a great degree of indelicacy, for us to address the President of the United States previous to any of them."3 Seixas considered it unwise for the Jewish groups to address Washington as President, since the state had not technically acknowledged him as such; Rhode Island had only ratified the Constitution on May 29, 1790.

When George Washington first toured New England in 1789, he did not visit Rhode Island because of the state’s lack of ratification. However, Washington immediately planned a tour of Rhode Island for August 1790 once the Constitution was approved. On August 18, 1790, Seixas, speaking as the warden of Congregation Yeshuat Israel, welcomed Washington to the Touro synagogue by proclaiming, "Permit the children of the Stock of Abraham to approach you with the most cordial affection and esteem for your person & merits—and to join with our fellow Citizens in welcoming you to New Port."4

Seixas continued with an analogy comparing the Revolutionary War with the struggles of the ancient tribes of Israel and likened Washington to King David: "With pleasure we reflect on those days—those days of difficulty, & danger when the God of Israel, who delivered David from the peril of the sword, shielded your head in the day of battle: and we rejoice to think, that the same Spirit who rested in the Bosom of the greatly beloved Daniel enabling him to preside over the Provinces of the Babylonish Empire, rests and ever will rest upon you, enabling you to discharge the arduous duties of Chief Magistrate in these States."5

Washington was moved by these sentiments. On the same day, he responded to the expressions of gratitude with his letter strongly affirming the principle of freedom of religion. In addition, Washington responded by offering his own biblical references: "May the Children of the Stock of Abraham, who dwell in this land, continue to merit and enjoy the good will of the other Inhabitants; while every one shall sit in safety under his own vine and figtree, and there shall be none to make him afraid."6 In this statement, Washington was referencing Micah 4:3-4: "Nation will not lift up sword against nation, and never again will they train for war. Each of them will sit under his vine and under his fig tree, With no one to make them afraid, For the mouth of the LORD of hosts has spoken."7 In his allusion to this well-known verse, Washington made clear his commitment to granting Jews ("Children of the Stock of Abraham") the same religious freedoms and protections granted to other religious groups in America.

In addition to ethical considerations, Washington may have had a political motivation, as well. The state legislatures of Virginia, Massachusetts, Connecticut, and Georgia were in the process of debating the first ten Constitutional amendments (eventually known as the Bill of Rights) during the summer of 1790. Washington utilized heavy rhetoric, consistently reaffirming themes of liberty throughout his tour of Rhode Island. Speaking during an address to the Clergy of Newport, given the day after his response to the Touro synagogue, Washington stated the need for "concurrent support of all real friends to the country . . . to enable me to be in any degree useful to this numerous and free People over whom I am called to preside." Later in the speech, he again touched on the value of commitment to "civil and religious liberty."8 Washington was a shrewd politician, and possibly saw the proximity of Rhode Island to Connecticut and Massachusetts as a potential means of spreading support for the amendments.

Washington's position on religious liberty remained consistent throughout the remainder of his presidency. However, his correspondence with other religious groups was never as explicitly supportive as his words to the Touro Synagogue. Washington's remarks established a precedent for protecting religious liberty and pluralism in the United States that persists to this day.